The use of the notorious simian line ('single palmar crease') as a diagnostic marker requires a proper understanding of the underlying concept + the major hand lines. This article describes the concept of the simian line + how to recognize- and discriminate it's related manifestions.

In order to make a proper assessment, it is important to focus on the 'core' of the major lines involved which require a width of more than two time the epidermal groove width.

The final section of the article describes how to separate (in)complete simian lines from transitional- and pseudo variants with a series of illustrations!

The human hand usually shows two major transverse creases (which are still present in transitional variants).
However, in a 'complete simian line' there is only a single crease present, leaving the impression that something appears to be missing!

The concept of the simian line by detail!

Usually the human palm of the hand is featured with 3 strong major lines, in medical science these are often referred to as: palmar flexion creases. The lines involved are known as (see left hand below):

However, sometimes the 2 horizontal transverse creases (= head line & heart line) manifest as a single FUSED line, which typically leaves the impression that something appears to be MISSING in the upper zone of the palm of the hand. This rather typical palmar line variant is known as the simian line (in medial science a.k.a. 'simian crease' or 'single transverse crease').

In a 'complete' simian line the (fused) line covers the full palm in a horizontal plane, involving the zone between the thumb and index finger and the zone below the little finger (see the red line in the right hand above).

NOTICE: Minor palm creases are defined as palm creases which are narrower than the two times of the epidermal groove width (according Park et al., 2010).

Finally, in order to achieve a fundamentally correct assessment it is also important to be aware of the concepts involving some 'other' unusual major line variants which also leave the impression of a line transversing the full palm. The most common variants of such (non-simian) line constellations involve in respective: the Sydney line, the extended heart line, and the Suwon crease - which all three can also be discriminated from a simian line: see picture below. How to recognize 'complete' simian lines?

A 'complete' simian line can typically be recognized by the presence of a series of characteristics.

• 1 - there is only one major horizontal line, which may display signs that the line be recognized to represent a fusion of the heart- and head line!
• 2 - one of the two major horizontal creases appears to be missing!
• 3 - above- or below the line there is no other (likewisely strong) horizontal line located covering more than half of the palm width!
• 4 - the line reaches the edge of the palm at the ulnar side (usually just below the palmar knuckle of the little finger).

NOTICE: Be aware that a simian line can show up in many different shapes and related manifestations such as small connected- or disconnected remnants. When a line has only 4 of these 5 characteristics, it might still represent a 'complete' simian line - however, sometimes itbetter fits with the major characteristic seen in an 'incomplete' simian line, which requires a 'splitting' inside the core of the line (more details are presented in the next paragraph).

The 3 photos below represent examples of 'complete' simian lines (click for larger versions): 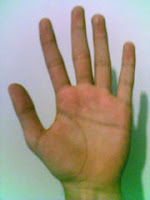 How to recognize 'incomplete' simian lines?

The MAJOR CHARACTERISTIC of 'incomplete' simian lines is that in these variants the heart line & the head line are clearly only partly fused featured with a SINGLE splitting inside the 'core' of the involved lines!

Usually the 'incomplete' simian line variants are featured with a clear manifestation of a splitting inside the core of the (simian) line, which can either manifest with the presence of a normal heart line, or the presence a normal head line.

The 3 photos below represent examples of 'incomplete' simian lines (click for larger versions): How to recognize 'transitional variants'?

The MAJOR CHARACTERISTIC of 'transitional variants' (see the 'Normal 3' & 'Normal 4/Simian4' variants in the picture at the top of this article) is that in these variants the normal shape of a heart line- & the head line are present combined with the presence of a 'bridge' - which appears to connect both lines.

In these variants there is no true 'fusion' between the palmar transverse crease, instead there are TWO different splittings present. Therefore, for fundamental reasons it is recommended to exlude these 'transitional variants' from the category 'simian lines'.

The 3 photos below represent examples of 'simian-bridged' lines (click for larger versions): 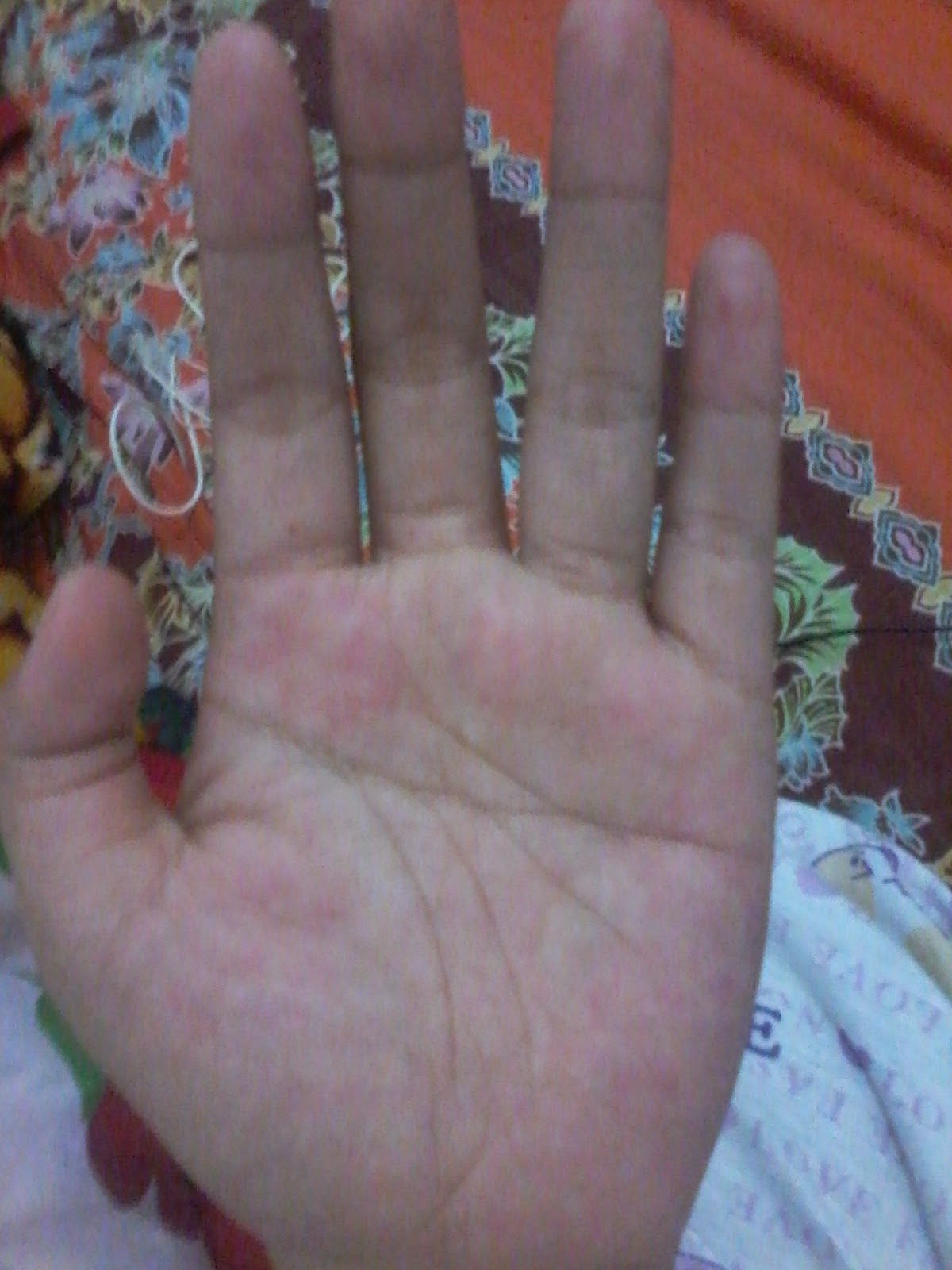 How to recognize 'pseudo-simian' lines?

Next to the example of 'simian-bridges' there is a different variant should not be taken to represent true simian lines; here we can discriminate two sub-variants:

NOTICE: In the perspective of advanced considerations, on fundamental grounds one can safely ignore parts of the major creases that are narrower than the two times of the epidermal groove width (because such parts have likely an impact that is similar to the minor creases).

SIMIAN LINE TASK:
One of the examples below is not a 'simian line'... can you find it?

Why was the name of the simian line (simian crease) named after simians/primates? ...more.